What is our mission and how can you support us?

Pod črto (Eng.: ‘The Bottom Line’) is a Slovenian independent and non-profit media outlet focusing on investigative reporting, data journalism and in-depth stories. Pod črto was founded in September 2014. The team behind the outlet believes in the power of investigative stories and the importance of public interest journalism.

Our work would not be possible without contributions from our readers, donors and foundations as well as other organizations supporting investigative journalism.

We are covering a broad spectrum of topics including economic development and entrepreneurship, social and environmental issues. Our mission is to comprehensively explain the pressing issues in our society, as well as finding the ways to address and resolve them.

CHANGES FOR THE BETTER.

GET IN TOUCH WITH US: info@podcrto.si

SAMPLES OF OUR WORK:

In March 2015 the Nieman Foundation from Harvard University included Pod črto in the Nieman Reports as the only media for investigative journalism in Slovenia. In May 2015 Shuttleworth Foundation supported our work with their Flash Grant.

It is in accordance with out philosophy that we do not charge audience for access to our content. Our work is therefore funded with donations from our readers,  corporate supporters and grants. Consider supporting our work with a donation:

Our projects include in-depth analysis of the prevalence and reasons for violent crime in Slovenia, uncovering corruption among Slovenia’s mayors and investigating fraud, mismanagement of European funds, illegal gathering of personal information by Slovenian police (last story), environmental issues, systematic analysis of health system and poverty in Slovenia.

THE TEAM BEHIND THE PROJECT:

podcrto.si is a registered media entity in the media registry of the Ministry of Culture of the Republic of Slovenia under the file number 1907.

Taja Topolovec (founder, director and editor-in-chief) received a Flash Grant awarded by Shuttleworth foundation in May 2015. Read our report.

In 2017, OSF awarded Pod črto USD 77.529 for the implementation of the project Building up sustainable media model project, which ran from April 2017 to September 2019.

In 2022, Pod črto received EUR 49935.06 or the implementation of a follow up  New media models: Towards long-term sustainability of investigative journalism in Slovenia. The project is aimed at strengthening our media model and shall run from July 2022 to June 2023.

Zavod Pod črto is one of the recipients of the new Civitates Independent Public-Interest Journalism Grant. As a grantee, Pod črto will receive core funding  for the next three years. Launched in 2020, this is the first Civitates granting cycle dedicated exclusively to independent journalist organisations. Out of hundreds of applicants, 11 organisations from 8 different European countries have been selected as grantees.

Pod črto project titled “Serving Communities” will be implemented in the period from 1.1.2021 to 31.12.2023 and will focus on strengthening Pod črto’s organisational and production model, with emphasis on audience outreach and on sharing of our know-how with other media organisations.

For more information on Civitates Independent Public-Interest Grant and the grantees please follow this link: https://civitates-eu.org/independent-public-interest-journalism/grantees/

From 2015 to 2020 Zavod Pod črto received support that allowed our media to realise our investigative projects. Financial backing came from an annual call put out by the Ministry of Culture. The total amount received is as follows: 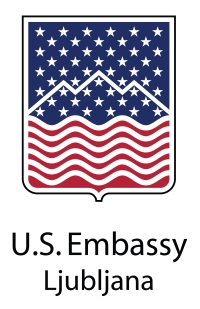 With the support of the United States Embassy of Ljubljana “NGO Small Grants program”, we will be implementing a project titled  “Impact Storytelling: Creating a Greater Impact of Watchdog Organisations in Slovenia Through Stories”.  The project with an envelope of USD 9.000, will be implemented between November 1st, 2020 and August 31st, 2021.

In 2019 the project »Corporate Undertakers« was implemented in cooperation with Transparency International Slovenia. The project was partially financed by the United States Embassy in Ljubljana.

The project on media ownership in Slovenia is part of a scheme that aims to protect the civil societies supervision role. This project is financed by NEF – Network of European Foundations, in the frame of Civitates initative. The project partners are the Peace Institute and the Slovene Association of Journalists.

Since April 2017, Pod črto is a part of a new project The European Data Journalism Network (EDJNet), which aggregates European media organisations, focusing on data journalism. We received 5.000,00 € for our investigation regarding the upward trend of excessively warm climates in European cities. Within the frame of this project, we collaborated with members of EDJNet while conducting research focusing on the accessibility of public traffic on railways, for which we also received 5.000,00 €.

Within the frame of a co-financed project, SUPPORT: Development of the Innovative Models of Support and Communication for the NGO, the consortium partners are addressing the rapid decline of democracy in Slovenia, defined by the disappearance of space for civil organisations working within the field of human rights, equality and media freedom. The project will be implemented from November 2019 until February 2022 and is co-financed by the Ministry of Public Administration as a public call for development and professionalisation of NGO and voluntary work in 2019.

Pod črto is a member of Global Investigative Journalism Network. 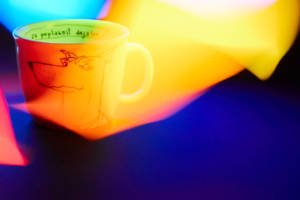 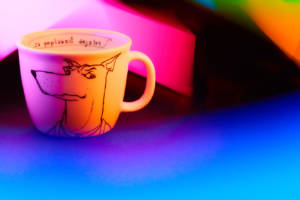